A throwback to Yugoslavia

Hi there! The family keeps us busy in Romania and we are a little late with the writing. You will know more about in the next post! For now, let's just focus in the Balkan countries and how we finished our bike trip. We managed somehow to exit Slovenia. The first people in Croatia, at the border or when we asked for water, seemed a little colder and more tense. It was a first impression that changed a lot while meeting more locals and talking to them. 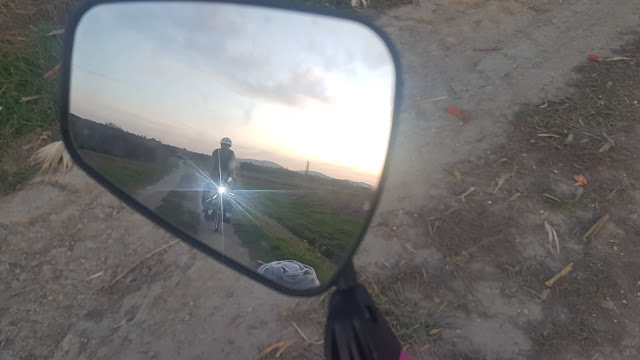 We were kind of late on our schedule that day and Darko, a warm-shower, was waiting for us. While driving on the countryside and being in a hurry this happened: 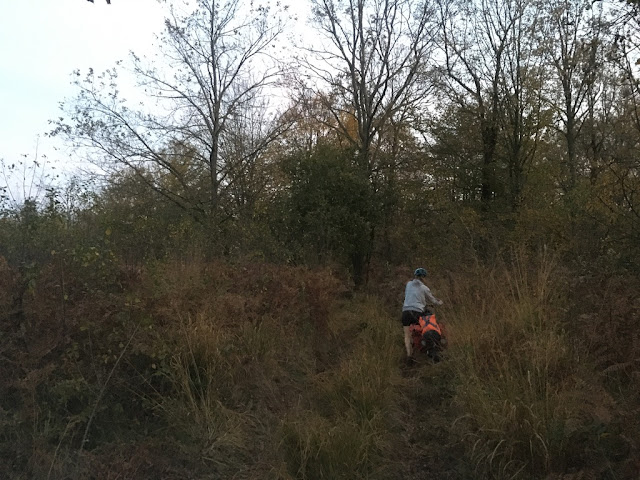 We arrived at Darko’s place out of the forest and he just couldn’t get it !? We are a little different, that’s it! He showed us the amazing room he prepared and after a fast shower we had dinner all together. His mum prepared local sausages that are traditionally eaten with onions and tomatoes. The homemade bread was delicious. But the real tradition in the Balkans comes from the Rakija/tuica/palinka or how you want to call it. This strong homemade alcohol is mainly made from plumbs and it's up to 50°. You always drink it at the beginning of the meals, at dinner, lunch and even breakfast. Nazdrovya! 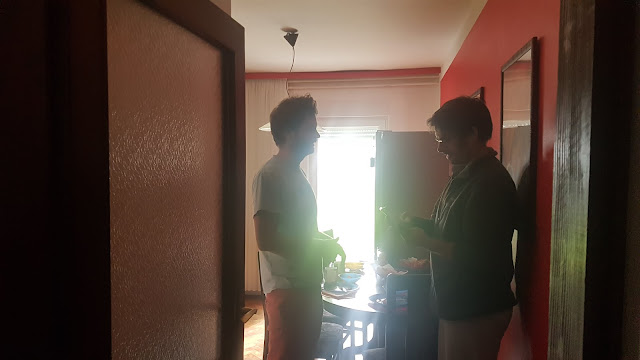 With the rakija, the sausages and some beers we started to talk about our stories and our countries. We understood that it is not so easy to be a young worker in Croatia nowadays. There is no work. Lots of people work « outside » mostly in Germany and Austria for temporary or longer missions. That is how in some months they earn enough money to live the whole year back home. It can be a temporary situation but what on a long term?

Next day great breakfast: yummy omelet and here we go direction Zagreb! We spend some hours in the capital. Enjoy the market, a coffee and the sun for sure! It’s our most loyal companion! 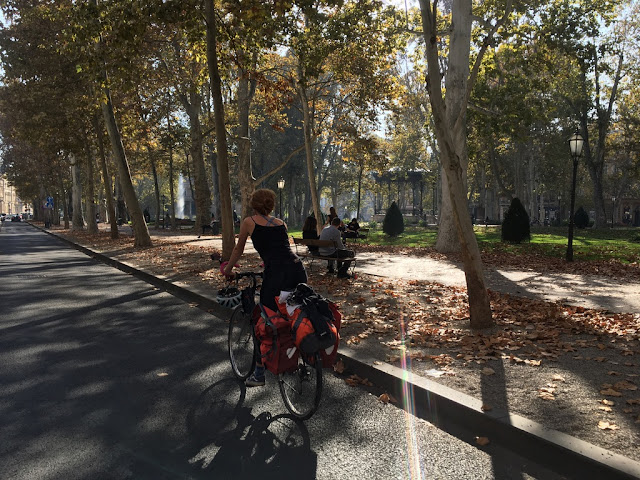 No time for lunch. We pick up some vegetables at the central market. There are so many leftovers at the end of markets. And just some tomatoes, a pepper, two, three oranges and an apple can make an amazing meal. We eat all this in the train that stops us three hours later in Nova Gradiska. Vedran, is waiting for us: 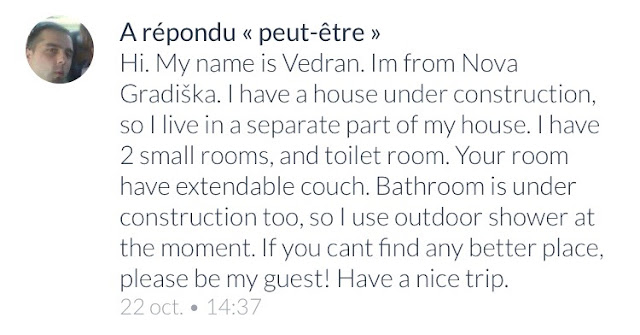 His house is under construction but he received us with big open arms. Chill evening rhythmed by the come and go of severals friends and neighbours. This guy is cool, talks from time to time, laughs when necessary, makes you feel in peace and gives you more beer than needed. We prepared a barbecue and grilled some cevapcici and vegetables! Those countries are quite carnivore and they don’t really understand why we put eggplants or bell-peppers on the grill… 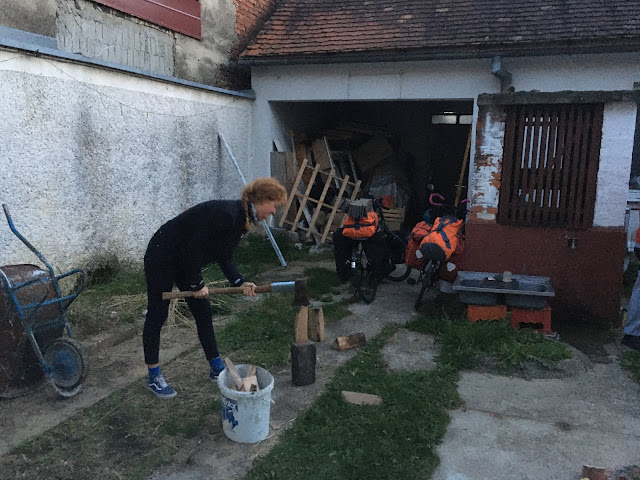 The cevapcici if you didn’t google it yet are minced meat sausages with paprika powder. They are a little spicy and made from pork or beef meat. Delicious just with mustard, bread and a beer.
Darkness makes our evenings cold and even the barbecue and the beer could not warm us up. Anyway the house is under construction and is as cold inside as outside. Out of nowhere we start playing a great computer game. Vedran comes with his PC and like a hacker from Matrix he enters MS-DOS and launch: Achtung, die Kurve! Very simple and addictive game. The ancestor of Snake on the Nokias cellphones, if you remember? We spent hours loosing against him but we had such a nice time. The night was great in this house. The loads of beer kept us warm and made our sleep so smooth. 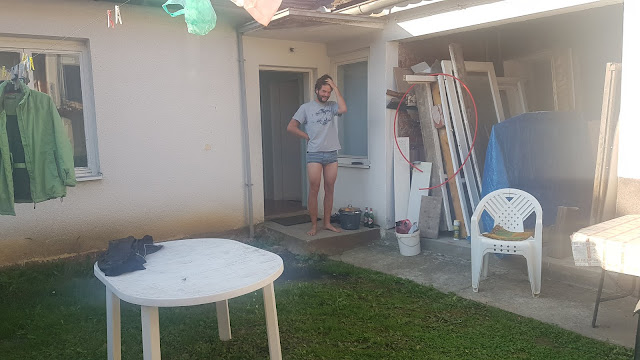 The next day we cycled along the Sava River that makes the frontier with Bosnia-Herzegovina. Sun is shining, road is flat, mood is at its best: 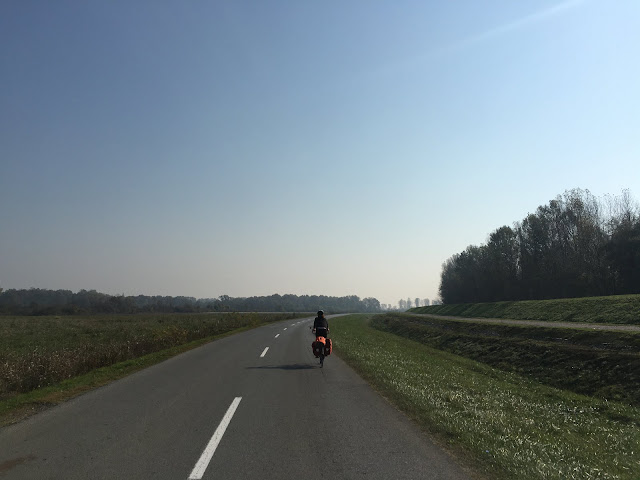 Two more stops in Croatia, one camping next to a kindergarten and one in Slavonkski Brod at Anto’s place. A fifty years bike fan he prepares for a week of biking on the coast-side. He welcomes us just before leaving. We sleep in his winter garden. He works as an engineer in an isolation company but he also agrees that the work market is not that easy in Croatia. There are not so many job opportunities and the best candidates often go « outside » for better salaries. Life is unfair! 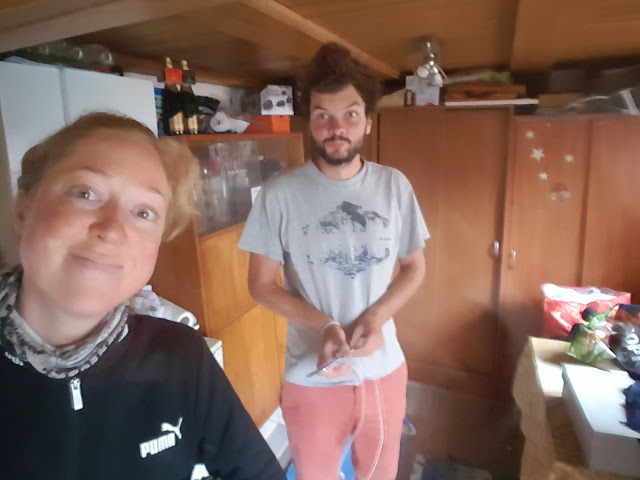 Next day is our longest bike day! We planned this challenge from Slavonski Brod to Brcko in Bosnia-Herzegovina. The 100 km we made them in 5 hours and so we have a record!!!
Maybe we can make some statistics of our trip: 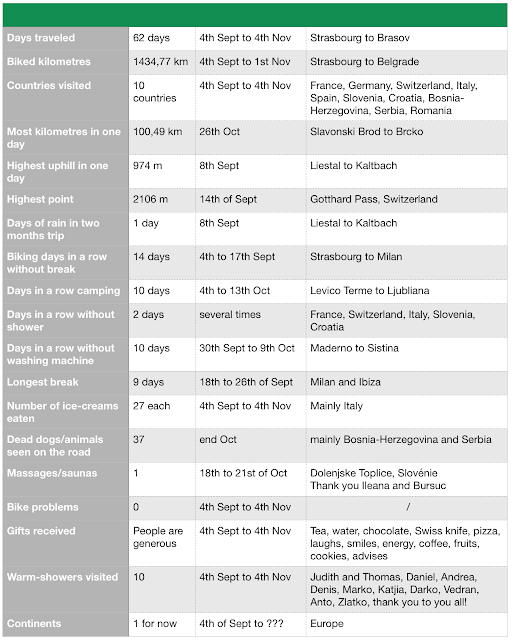 Impressed ? Maybe ? We are proud anyway! And it gives us the motivation and the desire to go further.

We slept two nights in Bosnia-Herzegovina. One in Brcko and one in Bijeljina. In Bijeljina we met Zlatko, another amazing Warm-showers. We didn’t have news from him since one week and no exact address, so we just asked his neighbours for him. Lucky us, it was Sunday afternoon and he was home and available for us. The chill spirit, they have it as well in Bosnia-Herzegovina. It works for us as we are quit tiered after the 100 km and some 40 more today. We watch TV and talk in the living-room. 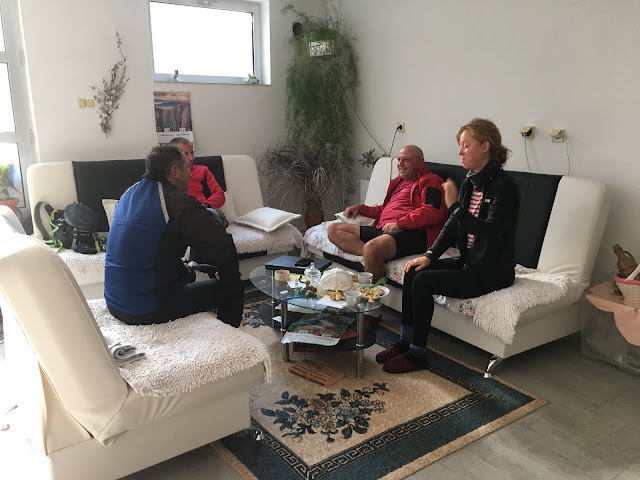 He lives with his mother in an apartment under a kinder-garden. He moved here 17 years ago from Tuzla because of the … war.

The story of this corner of Europe is quite tricky to understand and we want it to be part of our blog. We tried to get if from museums, internet, locals. Here is a short resumé of how we understood it:

The Balkans is composed by the severals countries: Slovenia, Croatia, Montenegro and Albania by the coast, and just a little bit easter, Macedonia, Serbia and Bosnia-Herzegovina which don’t have access at the sea. In-between Albania and Serbia there is also Kosovo, which isn’t recognised by most of international countries and remains a quit controversial topic. 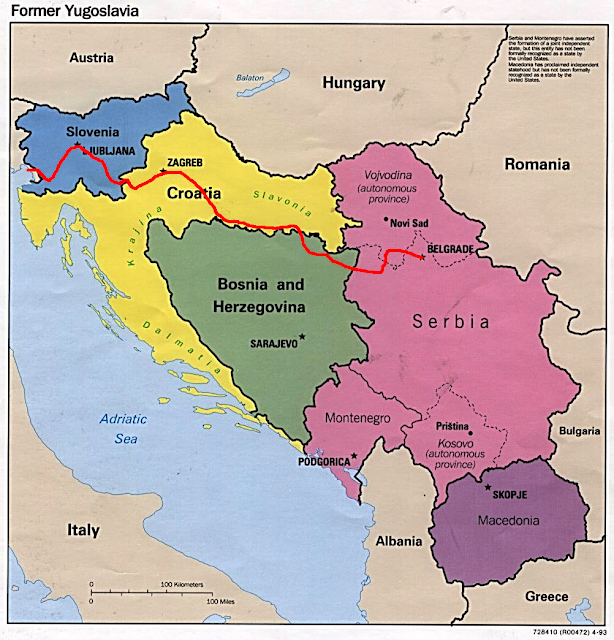 This area was further occupied by the Austro-Hungarian Empire and the Ottomans. The Balkans first got their independence after World War I with the creation of the Kingdom of Serbs, Croats and Slovenes. The Kingdom of Serbia joined them and together they merged and become internationally recognised as a federal state in 1922 and become the Kingdom of Yugoslavia in 1929. 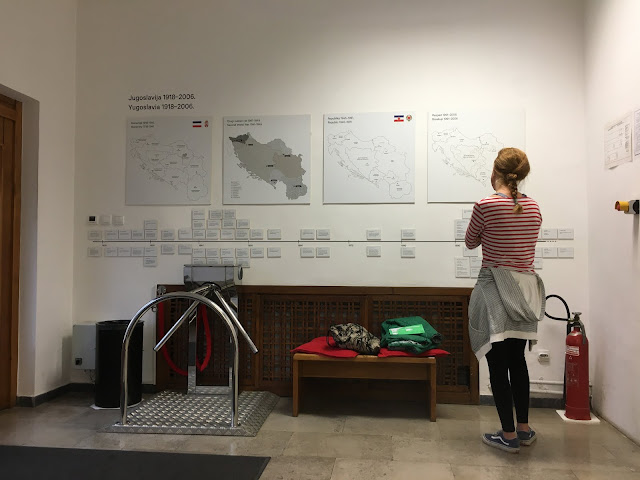 During World War II, this region was invaded by the Axis power (Berlin, Rome, Tokyo).
After the liberation from the Germans and a bit of civil war the Socialist Federal Republic of Yugoslavia was created: a federation of six republics, that brought together Serbs, Croats, Bosnian Muslims, Albanians, Slovenes and others under a relaxed communist regime. This mix of ethnic groups were also from different religions with Orthodox Christianity, Catholicism and Islam. Tensions between these groups were successfully suppressed under the leadership of President Tito. He had the power of holding those minorities together while flirting with both US and USSR during the Cold War. Both wanted them in their team and Tito was just playing with them while keeping his independency.

However, Tito died in 1980 and the different wishes of the six republics began to pull Yugoslavia apart. The situation become explosive with the collapse of the USSR in the late 1980s, leaving just a Serb-dominated army. Without their old leader, and with the new possibilities of free elections and self-representation, Yugoslavia divided. 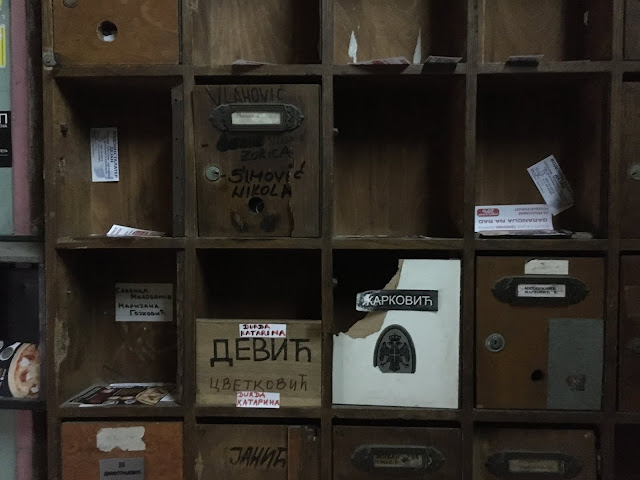 Life is not easy in this part of Europe and the scars are still visible. But as Zlatko, people reconstruct and keep on going. They find a way to make the best of their life. Zlatko impressed us by his generosity and his good mood. He also find it difficult or unfair to work in Bosnia-Herzegovina. The jobs are not that valued or payed. Nowadays he’s selling army knifes, bike accessories and honey on internet. He says he’s earning as much or better than a supermarket cashier. He has more free time and likes it this way. I see him with big potential but a little frustration that the country does not believes in him or doesn’t give people the right opportunities to develop their talent or their business. 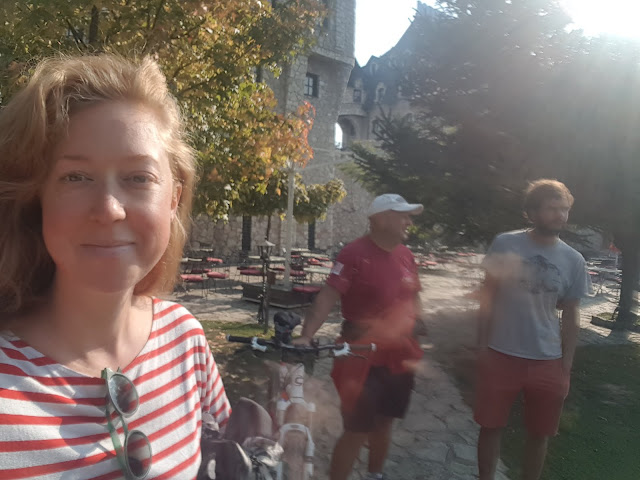 Lovely Zlatko sleeps in the living room while the both of us will be sleeping in his bed protected by hundreds army knifes and some sweet bee honey jars. Next day he brings us to an Ethnologic village with old Bosnian traditional houses. We surprise him with a cake for his birthday! We hope you celebrated well and that life keeps on going the best for you!

We bike into Serbia towards Sabac and then north, crossing again the Sava. 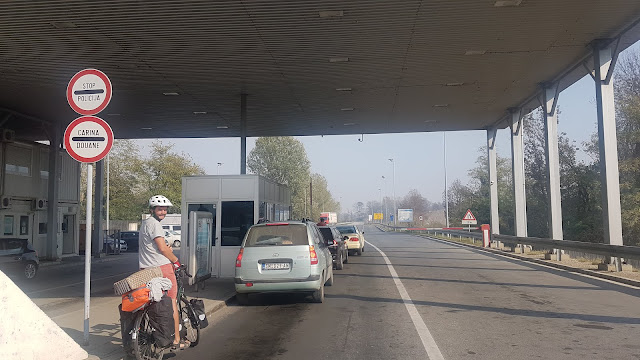 The night surprises us around 4pm. We are at the extreme east of the time zone and two days before the winter time change. Days are really short. The crowded narrow roads with trucks and fast cars tires us. Moreover the night and the dead dogs or different animals on the road make us stop in Platičevo in a small traditional motel along the road: Tammy Konak. There is a private party with traditional singers and brass band. We enjoy the show while having dinner. Food starts to taste more and more like Romanian one :) 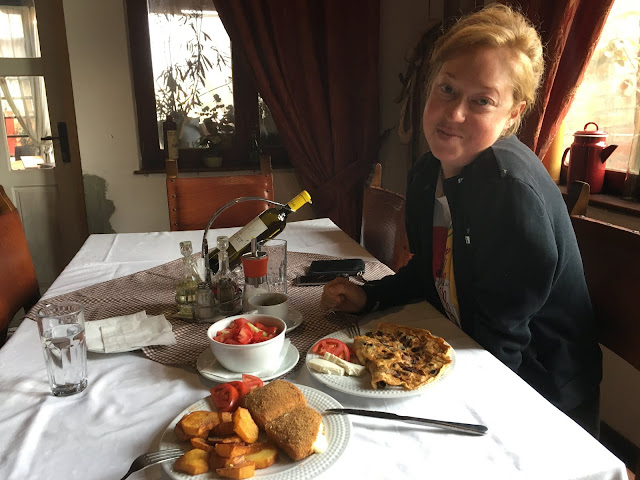 Last day cycling of the trip, almost. We are the 29th of October and heading towards Belgrade. The secondary route we wanted to cycle is closed due to army exercises. We try to negotiate but once we hear the loud detonations we change our plans and turn back on the crowded national road until the train station of Ruma. 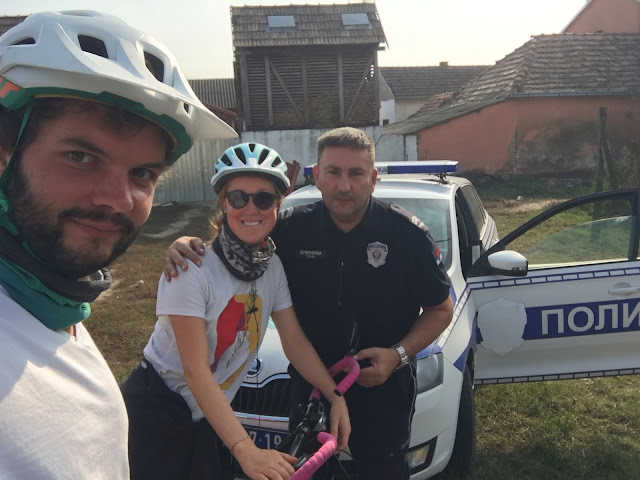 Here you can deeply experience what communism was and how it is not like that anymore. The buildings are all in ruins and we are even surprised that trains still stop in here.


We succeed to arrive before 5pm in Belgrade to meet Spomenka and get the keys from Tijana’s apartment. Yes, Ayana has some family in Belgrade as well! Hihi, lucky us! Almost finished with the bikes :( but we feel that days are way colder and shorter. 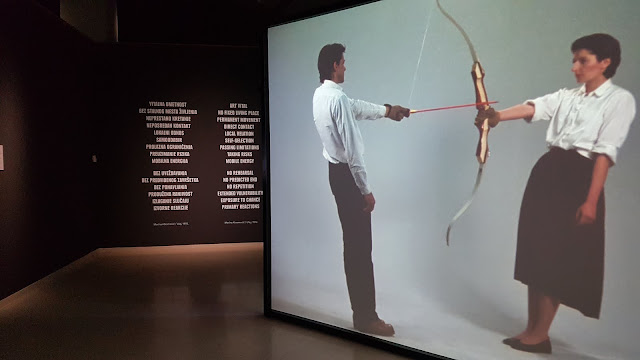 Belgrade has nice vibration: modern, cultural, fancy but traditional, challenging with his hills and refreshing with the Sava falling into the Danube. 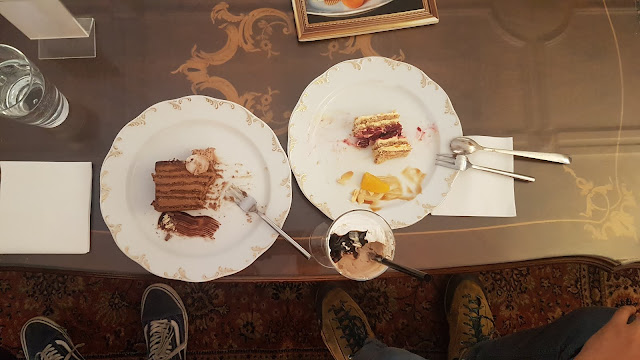 The 1st on November we don’t celebrate Halloween. We start at 5am a train challenge to reach Romania and Serban’s family reunion in Geoagiu de Sus next to Alba Iulia. 14 people are waiting for us to celebrate! 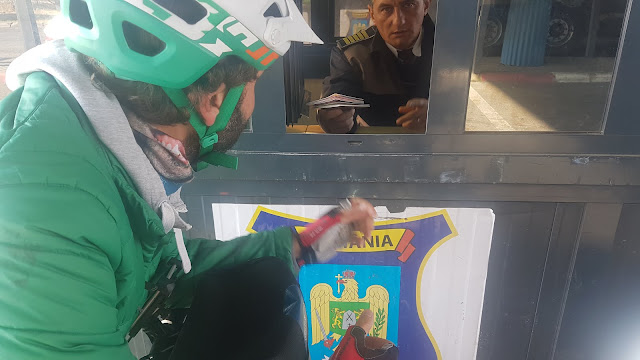 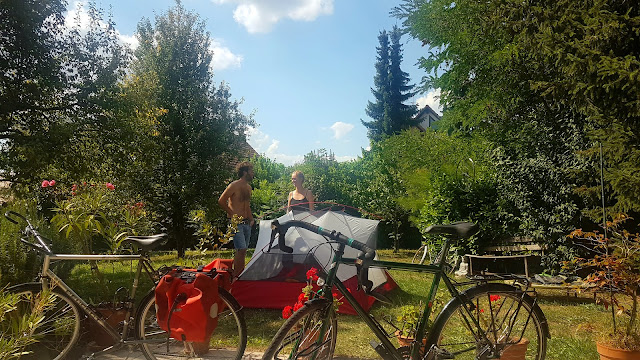